A discovery of trenches

The Kent Event Centre is home to the Kent County Agricultural Society as well as over 200 acres of land and we’ve recently made some interesting discoveries in Stockings Wood. What looks to be sections of First World War trenches have been found so we’ve teamed up with Andrew Robertshaw and his team to excavate and restore them. It turns out that the area around the Kent Event Centre has a rich military history spanning more than 2,000 years. Read on to discover the military history of our local area and its strategic importance, as told by Andrew.

Although the importance of RAF Detling in the Second World War is well known, the broader history of the area is less well understood. The historical record suggests that the first evidence of military activity commenced with the use of the site for the future Thurnham Castle as a watch tower by the Roman Army. The key aspect of this decision was the height advantage offered by the ridge, giving defenders excellent views into the plain below.

It was then developed by the Saxon noble Godardis, becoming Godard Castle. By the 12th Century the site had become a fortress for the de Say family and later Robert de Thurnham. He commanded the English fleet for Richard I but died on crusade and the castle fell into decay, being abandoned as a fortification by 1215.

To the north east of the site there is a well-preserved motte-and-bailey castle built under the orders of Bishop Odo of Bayeux, a key supporter of William I in 1066 and a cleric that served in the Battle of Hastings. The original structure featured a raised earth motte with an adjacent bailey, or enclosure, protected by a ditch and palisade.

Bishop Odo was made Earl of Kent by William I and ruled England in his absence in Normandy. However, he was disgraced in 1082 after an apparent plot to usurp William’s heir, William II. Having forfeited his lands, he left for the Crusades, dying in Sicily in 1097. By this time the castle had passed to Aubervilliers and by the 13th Century to Nicolas de Criol. Ultimately, the site became part of the Manor of Binbury providing the name ‘Binbury Castle’. The existing stone walls probably date from this period and are examples of a rare walled bailey. The other example is to be found at Thurnham Castle close by.

Kent, being in the heartland of Parliament, was relatively peaceful in the English Civil War, 1638-51. The Royalist Army of the Second Civil War passed to the south west in 1648 before being defeated at Maidstone by Sir Thomas Fairfax. Although fortifications were built around Chatham and along the Medway from the 17th to the early 20th Century, plans for the defence of these key naval bases and stores did not include the area around Detling.

On the outbreak of the Great War in July 1914 it appeared possible that Germany would attempt an amphibious landing in Kent, possibly to attack the Royal Navy’s facilities at Chatham. Once again, the importance of the high ground, running roughly south west to north east from Maidstone to the Swale estuary, became a key piece of ground for defence. The anti-invasion lines stretched between Detling, the Swale and Sheppey crossing. Then along the north coast and high ground of Sheppey from Sheerness to Shellness. Called the Chatham Land Front, it developed into an impressive piece of military engineering.

It was constructed from 1915 and used for training troops destined for the Western Front, including engineers and infantry and used some of the new developments in technology including pillboxes. The mainland section mainly comprised of several lines of trenches and wire entanglement supported by hundreds of machine gun positions, pill boxes and buried redoubts and other strong points. Positions for artillery were allocated to the rear. The Swale was crossed by a pontoon bridge, the Medway entrance was boomed and the whole of the Sheppey north coast had battery and artillery positions that could turn inland and provide covering fire as well as against amphibious landing.

Linked to the Land Front was the importance of aerial reconnaissance. From 1916, RNAS Detling, later RAF Detling, was constructed and used by both Naval and Army aircraft until 1919. By 1918, Detling was at the end of a ‘Patrol Line’ for British aircraft to intercept enemy attackers. It was also on the very edge of the anti-aircraft outer ‘Gun Fire Line’ defending London.

The area around Detling formed a ‘refused flank’ semi redoubt with extensive trenches, barbed wire field and heavy artillery with observation posts to the front. Critically the artillery used here was the latest type rather then the obsolete equipment used elsewhere on the front.

After the Great War, there was little to show of RNAS Detling. With a grass landing strip and canvas hangers and tents, little remained in the post war period until the site was redeveloped by the RAF on the eve of the Second World War. It became operational in 1939. The motto of RAF Detling was ‘dare to be wise’.

The station was occupied by a variety of squadrons during its operational service and the aircraft types included those for anti-shipping operations, Spitfires and two-engine bombers.

The airfield was subject to a Luftwaffe air raid on 13th August 1940 in which 67 personnel were killed, including the base commander, and 94 injured. The raid was complicated by bad communication with the Observer Corps who tracked the raid and a misunderstanding on the ground concerning the identification of the aircraft involved. The airbase was in use throughout the war and decommissioned in 1959. Following the use of paratroops and gliders in the invasion of France and Low countries in 1940, the risk of the airfield being captured by airborne forces became apparent. This would have been a key element in any Nazi invasion of Britain, Operation Sealion. These defenses could also be incorporated into a stop line built in roughly the same area as the Great War Chatham Defense Line.

The area around Detling is rich in military archeology. Multiple layers of military history stringing from the Roman period to the Second World War reinforce the significance of the site. ‘New’ structures utilizing existing defenses, such as the pillboxes and other shelters built into the Binbury motte-and-bailey, demonstrate the importance of the ridge.

A search of Kent County Council’s historical maps indicates just how much survives in the area. https://webapps.kent.gov.uk/KCC.HeritageMaps.Web.Sites.Public/Default.aspx?entity=monument&recid=MKE17210

Andrew Robertshaw is a military historian and media consultant who specializes in the First and Second World Wars. Having previously worked as museum director for the Ministry of Defence, Andrew now provides consultation services for films and TV as part of his company, Battlefield Partnerships Ltd. He has consulted on several major films, including War Horse, Wonder Woman, and 1917.

The Kent County Agricultural Society are delighted to be working with Andrew and his team to restore the trench systems found on the showground. 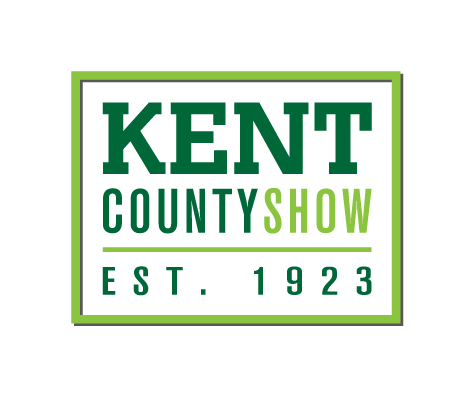